So yesterday we went to the great and glorious Hawaii Volcanoes National Park – home to Kilauea, the one volcano in Hawaii that is still active and flowing lava.  Of course actually SEEING the lava is easier said than done.  But we did see the park.  Not including our driving time, we were in the park for 7 consecutive hours.  This explains why everyone in the house was out and sleeping by 9:30 last night.  That and all the hiking of lava rock that we did.  Let me try to bring you through the day, step-by-step.

7:00am – Wake up and look out the lanai next to our bedroom and see this glorious site

10:00 – arrive at Volcanoes National Park.  Stop at Visitor Center to check on the situation, buy a magnet (Alyssa, obviously), change Amelia, get the lay of the land.  They had this great topographic map that shows all 5 of Hawaii’s existing Volcanoes and Volcano #6 (bottom right) that is currently about 1000 feet below Hawaii’s surface but will hit the surface in about 10,000 years.

10:30 – Arrive at the Jagger Museum along Crater Rim Road and enjoy the view of the big crater in the crater at the look out point.  Notice the giant plume of smoke coming out of the crater.  Me and Chris will be returning on evening to take a picture of the red glowing lava (that can only be seen at night).

11:15 – Arrive at the Steam vents/Sulfur vents.  Chris, Ray and Alyssa go hiking around/photographing while Sarah and Amelia enjoy some lunch/downtime in the van, as the levels of sulfur are considered dangerous for Amelia.  It poors rain on and off for the entire walk.  Sulfur is being released in cracks caused by the volcano, as is the steam.  However, it doesn’t smell nearly as bad as the sulfur pots in Yellowstone National Park.  All the yellow is the sulfur being released. 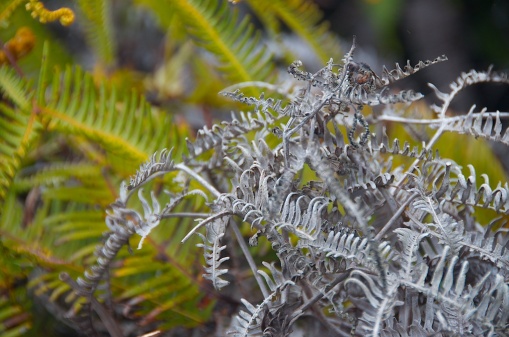 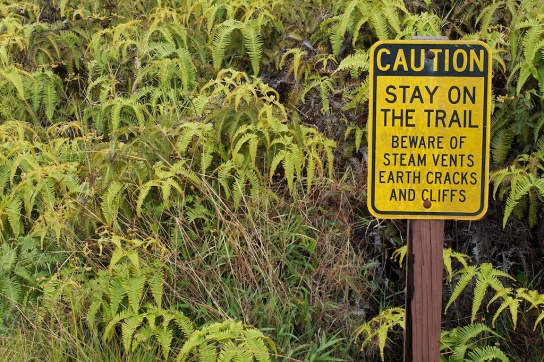 12:30 – eat lunch in the van.  Drive down Crater Rim Road south, to the Thurston Lava Tube.  Lava tubes form when a crust forms on the surface, but the lava continues to flow underneath without cooling, gets drained and leaves a tube (feels a bit like a cave) made of lava. 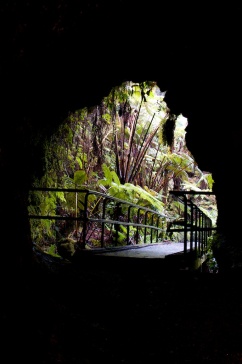 1:30 – Arrive at the end of chain of craters road – where the lava meets the ocean.  Here it has finally stopped raining, and the sun/wind are nice and warm/comforting.  We walked down to the water to see the Sea Arch (lava eroded by water to create an arch) and watch the waves crash against the shore line.  We then walked down to where the lava crossed over chain of craters road.  We all took turns hiking on the lava flows, me and Chris taking many photos as we went. 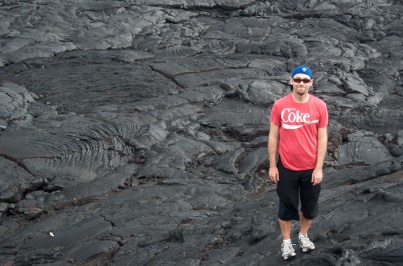 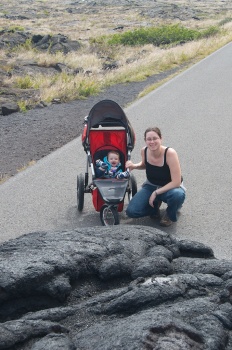 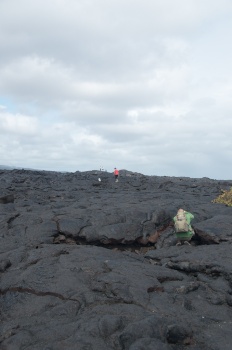 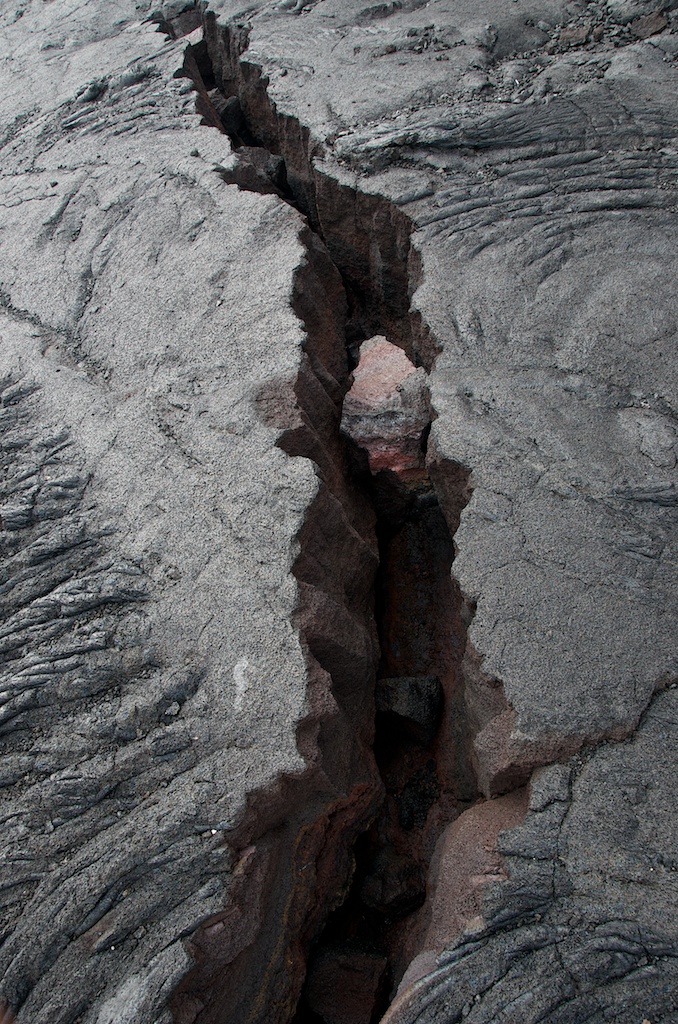