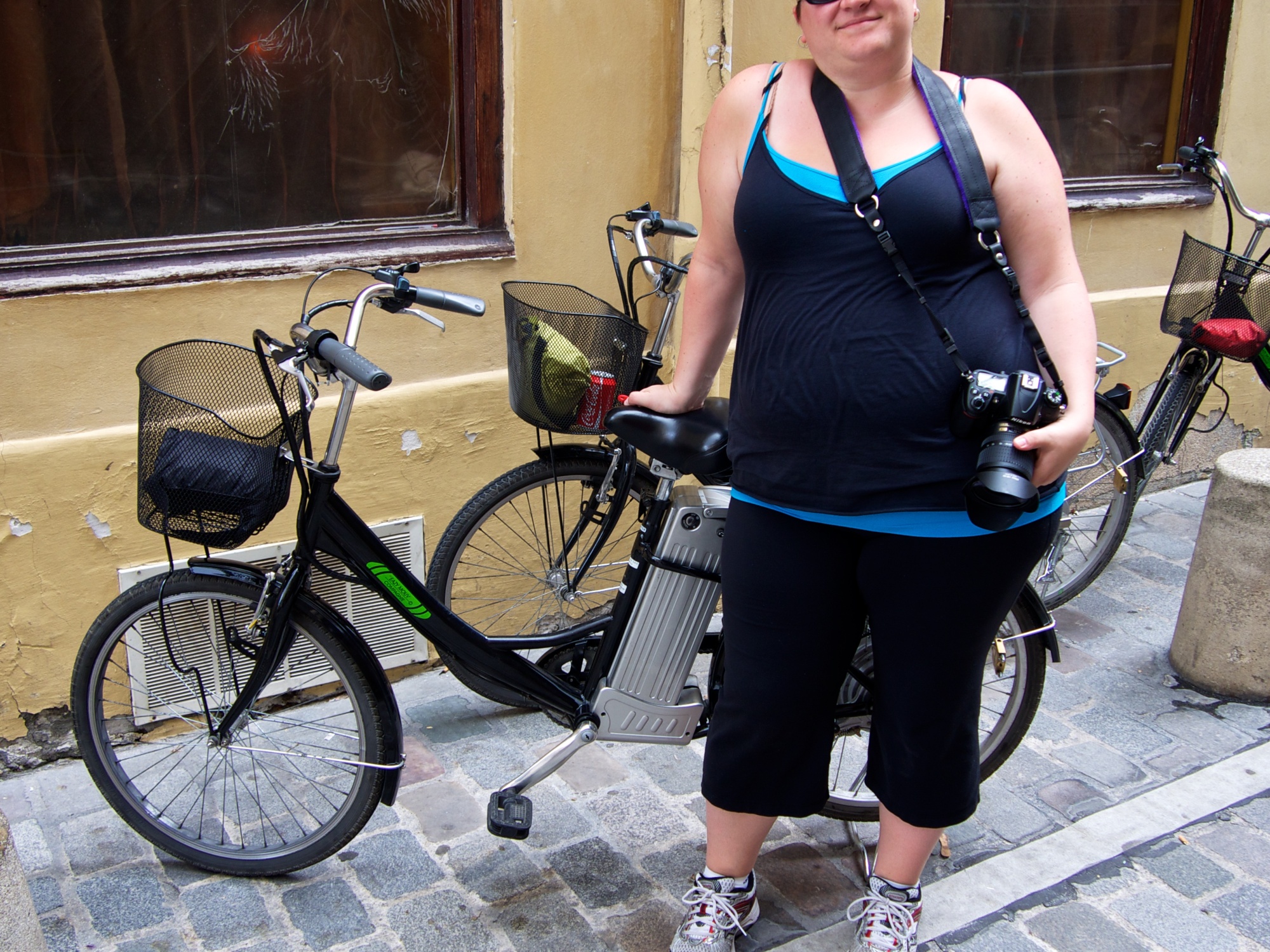 Before coming to Paris I made my best effort at coming up with a plan.  I studied every museum, opening time, closing time, best day to visit, touring strategy etc.  I downloaded apps, and read books and tried to prepare.  But Paris has a plan of its own and in turn, while the knowledge isn’t lost, the plan has been recycled.  However, there was ONE thing that we did book in advance and that was a biking tour through a company called “Paris Secrets & Charms.”  It was rated really high on trip advisor, and I thought that the perfect way to start our week would be with a little orientation.  The plan wasn’t coming together because I didn’t understand the city and I thought this would help maximize our time here.  (Yes, I said maximize….I was so naive to think rushing though Paris was an option).  While the tour was wonderful, it didn’t accomplish this goal of orienting me at all.

We met Pepe, our bike/tour guide, at 9:30am on Monday morning in Place Vendome.  He took us to get our ELECTRIC bikes.  No, these are not powerful like vespas, but they do allow you to magnify the power of your peddling, and this sounded like a good thing when I was booking.  4 hours later, my thighs (and butt!) definitely hurt, confirmation of the hard work – but we covered more ground than we may have without.  The batteries on the bike are super heavy, so they don’t recommend that you turn them off, otherwise you are biking with a lot of extra weight.  Bike + battery is about 75 – 100 lbs.  However, Ray was up for the challenge, so he just ignored the electric component – except when we went up some steep hills.  The tour took us through many different districts and to some lesser known or less popular tourist destinations – complete with stories, history and context – which was great.  However, this didn’t help orient me to the city.  In fact, we went to many places so fast, I didn’t know where any of it was when we were done.  So it didn’t accomplish it’s goal, but was still highly enjoyable!  Also, I can’t imagine having biked in Paris without a guide…I’m sure I would have hit or been hit by something/someone.

Through the tour we ventured to Palais-Royale, St. Germain des Pres (and through the original medieval streets), Saint Sulpice (second biggest church in Paris), and some church that was founded my Marie-Antoinette and sent many missionaries out to help stop the slave trade in Africa (can’t remember the name right now). We also visited the Arena de Lutèce (the name for Paris before it was Paris) – the Roman Amphitheatre in Paris (because it seems all cities lead back to Rome), which was a favourite stop of Ray’s.  I could imagine this tour great for those who have been before and want to see a different side of Paris, though of course we enjoyed it very much, thanks to a wonderful and informative guide.