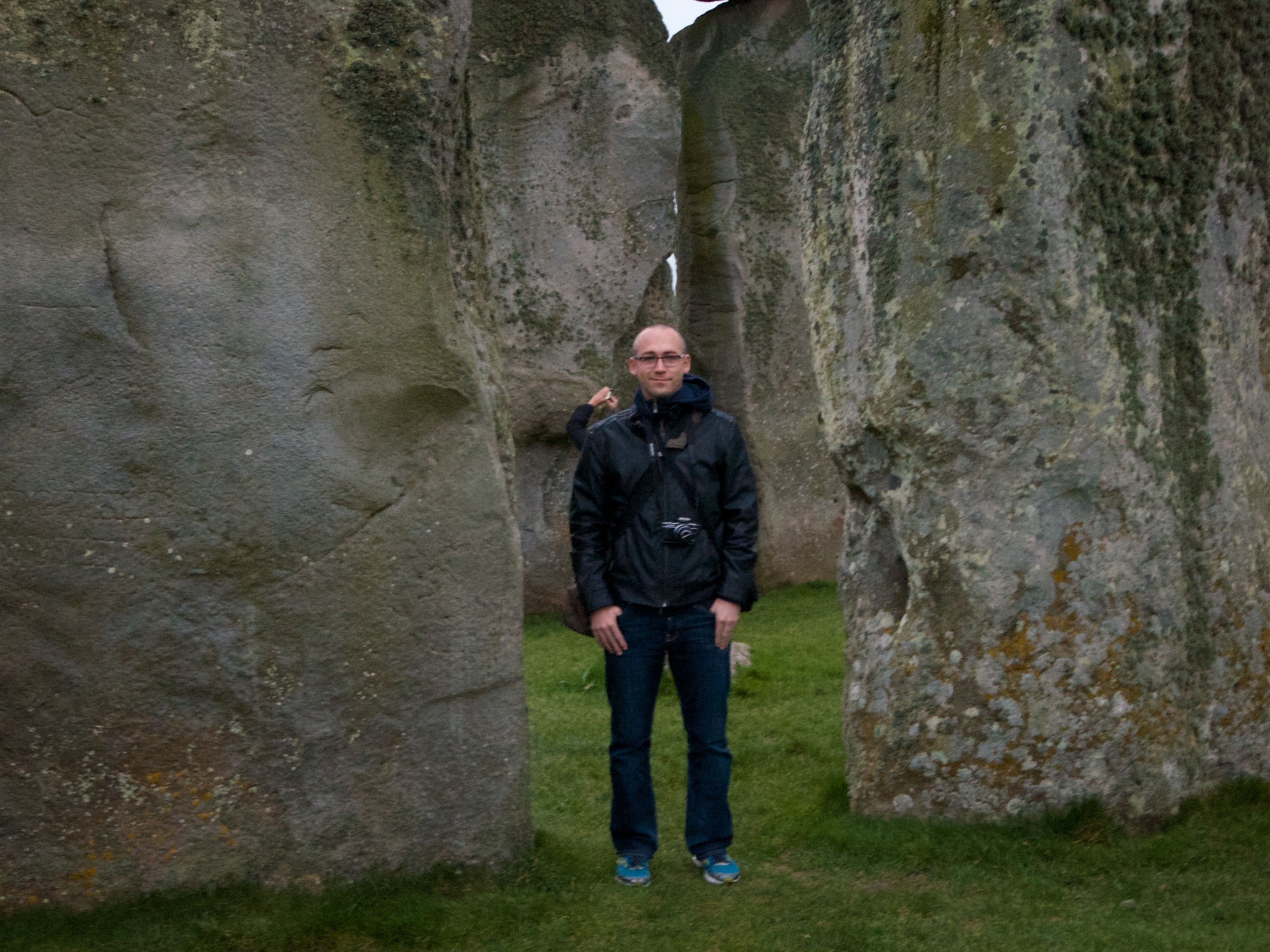 Hi, my name is Shelby (aka The Clever One) and I too, am part of the Sullivan Heights London crew. I have been immensely enjoying myself here in London, seeing the rich and illustrious history mixed with the modern. It is an amazing city to explore, but England isn’t all about specifically London, or even the city. There is the English country side to see as well, and we were fortunate enough to be able to see too.

Our trip back to the hotel from our day trip was a scenic one through the English countryside. We were able to see the rolling green hills and the quaint little towns and villages. However, my morning began with a 3:15 wake up call, as we had to leave the hotel by 4. Breakfast was bagged to go, so we had the ability to eat when we chose to. It was extremely early with the sky still asleep. The reason for this madness was Stonehenge. When Mrs. Becker booked our trip to Stonehenge, she had the foresight of booking it on the spring equinox. At Stonehenge, the spring equinox is a special ceremony where druids, pagans and other groups welcome the beginning of spring and celebrate the earth. The spring equinox is the official beginning of spring, where here they celebrated and prayed for good health, a successful season for crops and good fortune. So we woke up early to watch this once in a lifetime ceremony at sunrise, and we were not disappointed. We had the privilege of not only watching, but also participating in the ceremony. We were able to walk up directly to Stonehenge, inside the circle and into the ceremony. This presented us with amazing photo opportunities and an incredible experience. We arrived there by a coach bus (very comfortable and included a guide) at around 5:50 AM. It was very cold and windy for the whole time we were there. That was the only negative in the experience, so in hindsight, not too big of a deal (though it certainly seemed so at that time). We arrived there with the ceremony just starting.  It was unfortunately a cloudy day so we couldn’t see the sun rise, but it also didn’t rain so I was happy to overlook that fact.

We first walked around just taking in the fact that we were actually walking in Stonehenge, not just around it. We could stand beside, and even hug the stones there.  I walked around it until I found a spot with a good view of the ceremony happening. I stood with Janey, Celina, Mrs. Becker, Mr. Becker and Mr. Dewinetz. It was very interesting to watch, but one of the most memorable parts was singing along with them. One young man came forward with his guitar to play for us and people started singing along. As this was a spiritual experience, I was unprepared to hear him start to play ‘Three Little Birds’ by Bob Marley. I was shocked to hear that, but I also thought it was so cool how we were able to sing along in the ceremony with them. It was an experience that I will never forget, but that wasn’t the last of it either. As the ceremony concluded, many groups divided off to worship and pray in their own ways. We walked around a bit more, and the guide talked to us about the history of Stonehenge. The view from Stonehenge of the surrounding area was unbelievable; with beautiful hills and authentic English sheep. A typical view of the English countryside.  After, we then proceeded to start to walking back. As we were walking, there was a group who started to form a circle and dance and were asking for people to join them. As it was something that I would never have the chance to do again, I brought Janey, Celina and Serena with me to join in. After, other students from our group joined as well. We joined hands with one another and proceeded to do a spiral dance while chanting a song about  beginnings and inspirations. “Anything you can do or think you can, begin it, just begin it” and “Boldness has genius, power and magic in it” are lines of that chant. At first, truthfully it felt quite awkward for me as I had no clue what I was doing and I was also beside a stranger, but later it was fun and unique. It was really cool to say that I have watched and also participated in the spring equinox celebration at Stonehenge. I’m speaking for myself, but I am sure that many others agree with me that this is an experience that I will never forget.


Video: “Whatever you believe…”