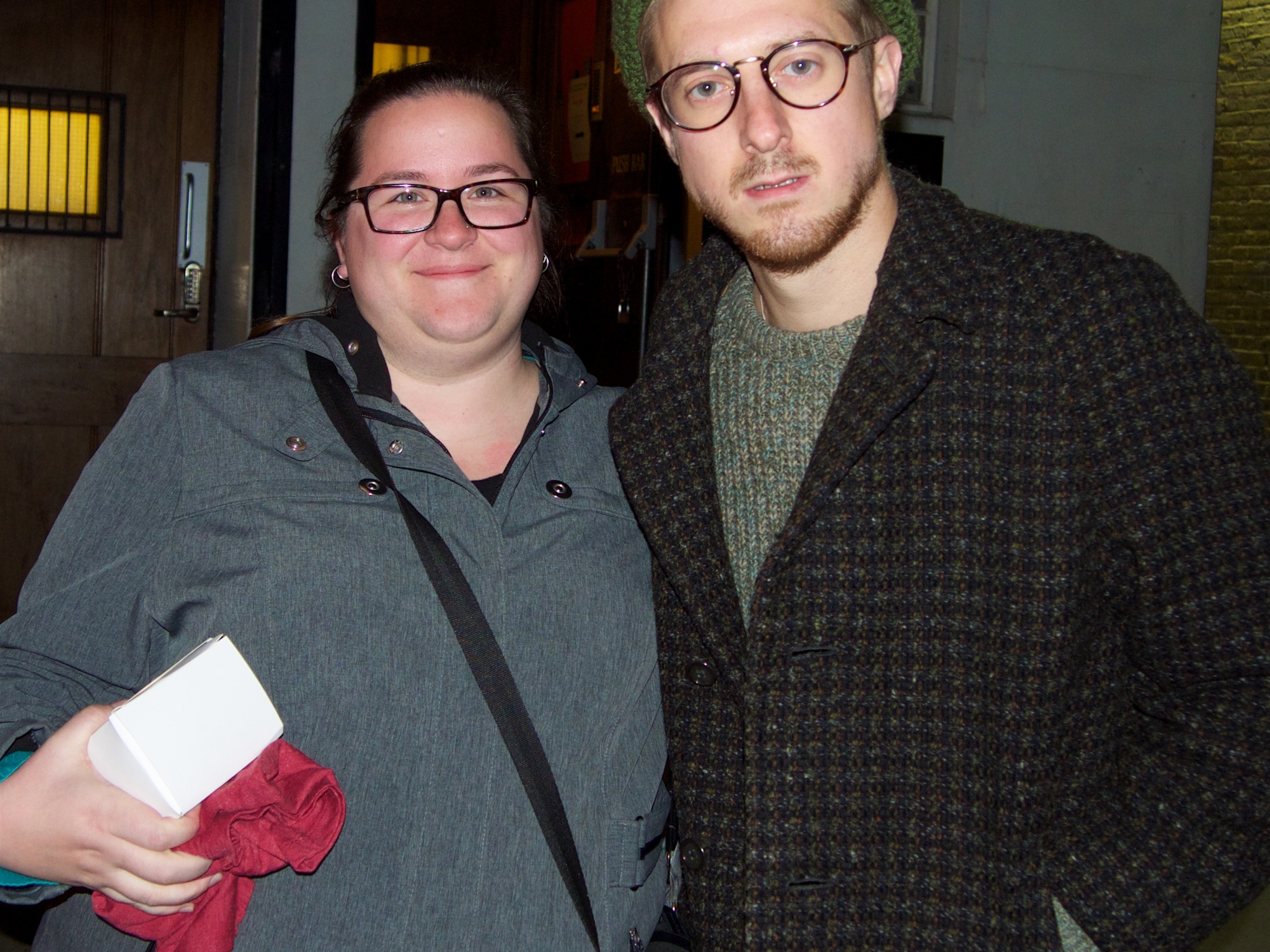 “When I was in University, I use to manage a video store.  I developed a passion for random independent movies, and one day happened upon an Irish gem called “Once” – a movie with some of the most hauntingly beautiful music I had ever heard.  Then in 2012 the decided to develop this into a Broadway musical.  The unpredictable love story between a “Guy” and  “Girl” (as the characters have no names) is one that is also about music.  A musical based around actor musicisn, the orchestra is replaced with actors who also play on stage, on chairs off to the left and right.  There is nothing on stage I have ever seen that is remotely close, or as mesmerizing as this story, this music, and this experience, as what is found in “Once”.

I first saw Once in 2012 on the stage in NYC.  I was blown away.  But when I arrived in London, and was riding up the, very long, escalators in the tube stations, past dozens of posters advertising shows on the west end, I saw two words.  Arthur Darvill.  ARTHUR DARVILL.  For those less geeky than myself, Arthur played a beloved character on Doctor Who known as “Rory.”  He had taken the role of “Guy” in the Broadway production late last year, following his time traveling with the Doctor, and now had come home to England and was committed to 8 more weeks with the show.  I could not miss this.

And so I decided to take my one night “off” to go and see this show, and sure enough, two of my students were eager to join me – and I couldn’t refuse!  I am all about igniting a love of Broadway, and nothing made me happier than to be able to share my favourite show with my students!  So Janey, Shelby and I made our way to the Phoenix Theatre to live the Broadway life.  I once again spent 2 hours mesmerized by the music and the beautiful vocals of Arthur Darvill, who brought such passion and emotion to the character, and following the show, we went around back to the stage door, and managed to catch him before he left.  We were able to tell him how much we loved him in this production, and, though he was exhausted from his day of work, he indulged us in a few photos before heading out for the night.  What a super nice guy!!  All this made for a PERFECT evening out!  So glad that we seized the opportunity.  It was one we will never forget!” – Mrs. Becker

“Once was an amazing show that wasn’t a cliche musical. It was a love story, but it had it’s own unique story line and ending to it. I thoroughly enjoyed watching it (not to mention Arthur Darvill was in it too). ” – Shelby

“On the evening of Monday March 24th, Mrs. Becker, Shelby, and I (Janey) left dinner early and set off on the tube to go to a broadway musical called “Once” starring Arthur Darvill. Darvill is well-known from the TV show “Doctor Who.” I have never watched this show but plan to in the near future, as everyone who has seen it says it’s amazing. Arthur Darvill and his fellow cast members performed incredibly; creating beautiful music with instruments ranging from the ukulele to the violin, and of course the guitar and piano (all while telling a story about love). The musical was so great that I want to see it again! After the show, we were lucky enough to get a picture with Arthur. He evidently has so much talent with singing and playing the guitar. Shelby was “fangirling” like crazy! I am definitely going to download the songs from this play. I now have a new found love of broadway musicals!” – Janey

If you are curious about the music of Once (or talent of Arthur), check out the following: