If I was to sum up our week in Rome is could be easily done in one word:  Wandering.  Never in any of my travels have I spent so much time wandering so aimlessly.  And it was amazing.

On our wanders we frequently passed through one of Rome’s most famous Piazza’s – Piazza Navona.  This Piazza is particularly famous, for a few reasons.  It was first the Stadium of Domitian (1 AD), where Romans went to watch the games, then eventually a public gathering space that celebrates Baroque Roman art.  The transformation took place in the mid-1600’s, when the Pope of that time, Innocent X, came to power.  It was his families palace that faced the piazza.  The square contains the church of Sant’Agnese in Agone (designed by Borromini), and a three fountains, but the most famous is these is the Fontana dei Quattro Fiumi – or the Fountain of the Four Rivers, a work created by the famous Bernini at the request of Pontificate Innocent X. 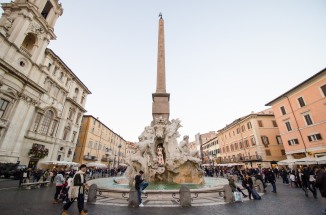 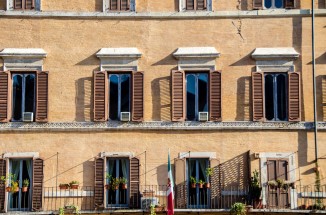 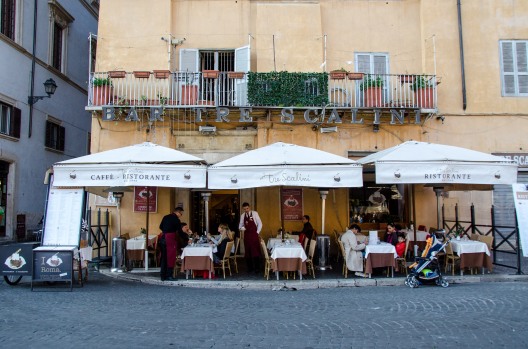 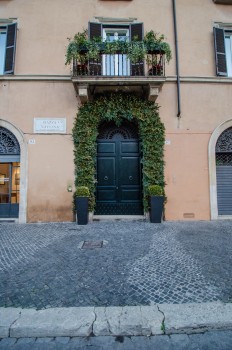 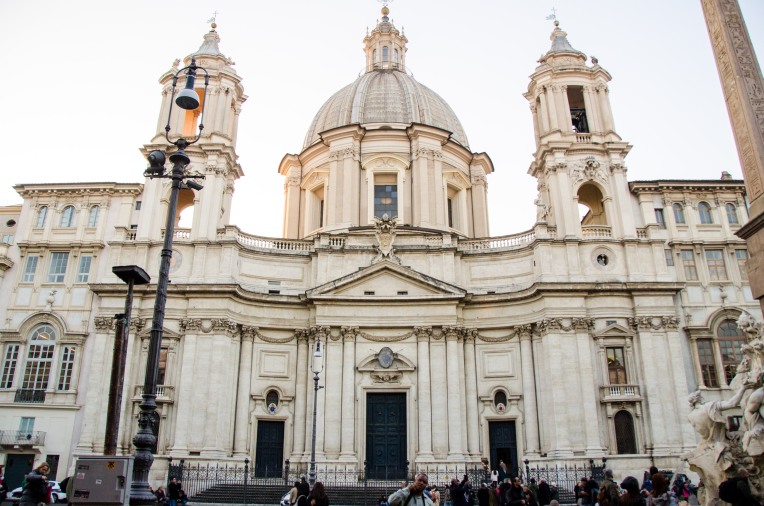 In Rome (and Italy, and Europe in general), it often feels like the study and significance of art is so much greater than here in North America.  Their history is told through the art of the time, and Baroque art in Rome is incredibly important to it’s history.  Bernini is said to be to sculpture what Shakespeare is to drama – so seeing his work free, standing in the middle of the open piazza, is a treat.  The fountain shows four river gods rising from the rocks, surrounding an ancient Egyptian obelisk, with the family crest of Innocent X’s family.  The river gods represent the four major rivers of the four continents where the Pope had authority – Nile (Africa,), Danube (Europe), Ganges (Asia) and Rio de la Plate (Americas).  Learning about these pieces was essential to appreciating them more.  I spent a lot of time in the piazza (this one, and other), googling art history and trying to make sense of what I was seeing.  This fountain definitely catches your eyes, and like many Roman fountains, in the right light (or any light), can take your breath away.

A few years back the Piazza Navona use to hold a large Christmas market – biggest in the city.  However, the new mayor has put major restrictions on outdoor markets, and cut the 200 stalls down to 20 – most of which are carnival games now. So it didn’t have the same Christmas feel that it would have a few years prior.  While disappointed (I do love a good Christmas market), I appreciated that most of the squares were quiet and empty. The locals would be out for a stroll in the evenings, enjoying some roasted chestnuts as they walked.  But mostly it was quiet.  With the exception of a few sites, the tourists were few, the piazzas were open, and the peace was abundant.  And this is what we wanted after all, to experience Christmas in another culture as authentically as possible.

We have learned quickly that there are a few categories of dining options.  There is eating with the locals – off the beaten path.  Usually a very good choice, but requires a little walk or adventure.  There is eating with the tourists – overpriced and mediocre OR more overpriced and pretty good.  And then of course there are picnics, grocery stores, fast pizza, and just eating gelato for dinner.  We ate twice near the Piazza Navona – the first time at a restaurant called Tre Scalini.  Now, this restaurant was great.  Great service, great food, not great prices. So after eating there we swore that we would go further afield for cheaper food.  Now, sometimes this paid off (like our pasta at 433), and other times it was a disaster (like our Christmas “dinner” at Havana – the worst restaurant we have ever eaten at ever.  ever.)  The perks of the expensive yummy meal right on the square – the views are pretty awesome.  But a few streets over the views are also pretty good, and prices cheaper.  So if you can live with having lunch without a view of a Bernini fountain, that’s probably the better bet.  It only takes about 2 days to tell the difference between good Italian food, and great Italian food, and you don’t need to be a foodie to spot the difference.  We learned very quick, and got more discerning about our meal choices each and every day. 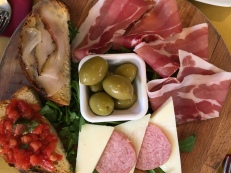 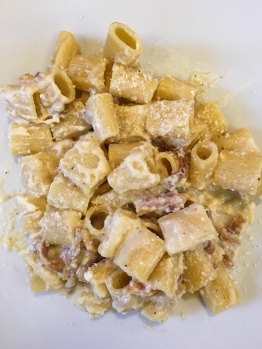 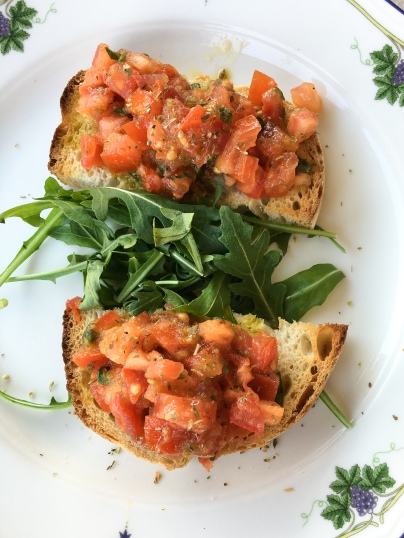 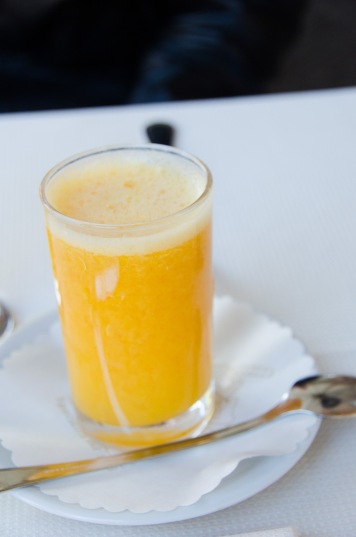 Now, speaking of coffee (what? we weren’t talking about coffee – well we are now!), I use to hate coffee.  Before going to Sant’Eustachio’s that is.  Of the little research I did before we went to Rome, one of the things that came across my path again and again was to go for coffee at Sant’Eustachio’s.  This is about 2 blocks over from the Piazza Navona.   Now, one thing we wanted to get right was the Italian coffee bar ritual.  So we stood back and watched, and then tried.  You go to the counter and you order – a Grand Caffe or Espresso.  Only a Grand Caffe before 10 AM really, though tourists will order it any time, it just comes with a little eye roll.  You take your receipt and go to the bar, and hand it to the barista.  They proceed to make your drink and deliver it to you at the bar – while standing.  You drink it, in 3 – 5 sips.  Quickly.  And then head out for the day.  And that’s it.  The 2 minute Italian coffee ritual.  Now repeat 3 times per day – because you can never have too much espresso.  This became Ray’s second favourite spot in the city (after the cats).  And I would say one of my favourites too.

One thought on “Piazza Navona and the World’s Best Coffee”