Rothenburg is a town that is the definition of the word “charming.”  Curled up along the banks of the Tauber River, this small medieval town is sleepy, and warm, and welcoming.  Warm in the inviting way, not in the temperature way, because the biting wind from our 2 days there is still firmly planted in my mind.  In medieval times this was a rich town, central to two major trade routes: east to west, from Prague to Paris, and south to north, from Rome to London.  All the good imports came from China through Italy, so Rothenburg was on the Silk Road.  This lead it to be a rich town with many merchants and much money.  This is why it was rich enough to build the defining aspect of a city – a city wall.  Rothenburg’s city wall took a few hits during World War II, but with donations from around the world, it has been rebuilt over time.

So with my husband, my best friend, my boss, and 26 other marvellous individuals we began our most recent #sullitravels adventure in this wonderful place.  It was the perfect place to adjust to jet lag, get use to a new cuisine, and to begin practicing our German.  We arrived just before sundown on Tuesday night, after a long flight from Vancouver to Frankfurt, via Amsterdam.  The 2 hour bus ride from Frankfurt quickly turned into a 2 hour nap, with 30 sleeping bodies curled up against the windows, heads fallen sideways in their seats.  We arrived at our destination in time to check in and have dinner.  Enough time for some chicken soup and German Faire before crawling into bed.  Jet lag was fierce. 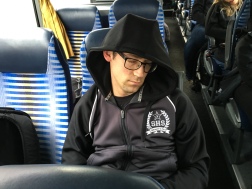 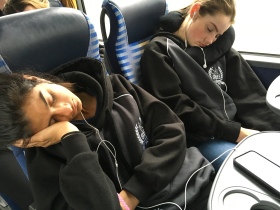 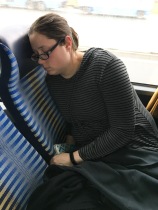 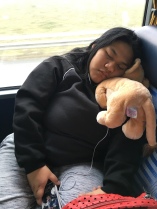 The next morning most of us were up at 4 AM, counting the minutes until our 7 AM frühstück of fresh bread, jam, eggs, meat, cheese, juice and hot chocolate.  After we were all we all had our fill we were ready for days adventures, and there was no better way to see the town then from the town wall.  As I mentioned, the town wall had been repaired by donations, so as you walk you will see names carved into the stone of those who donated to bring this city back to life.  While no longer depending on the Silk Road, it does depend on tourism, and the wall is one of the many charming (I can’t help but use this word) features that draw people in.  We spent the first hour working our way clockwise around the wall, starting at the top (12 o’clock) and walking until we reached a dead end (about 8 o’clock).  At this point we moved past the famous (and adorable) Plönlein building *the crooked one at the fork in the road) before reaching Marketplatz – or the main market square.  It was here that we sent our group off to make new friends on a town wide scavenger hunt.  Teams of 3 had 3 hours to find as many items as possible.

While they roamed the city, the chaperones did the same.  Ray, Sarah, Sue and I explored the local garden, with flowers just beginning to bloom and unparalleled views of the city and it’s colourful buildings and red roofs, the knights armour, Käthe Wolfhart, the most famous line of Christmas ornaments in the world, and my favourite store in town – Annelise’s.  Annelise is the third generation of her family to own and run the store – full of smoking santa, nutcrackers and cuckoo clocks.  She’s in her 80’s, but that won’t stop her from telling you about her friendship with Rick Steves, and show you pictures of her with her Harley – which she still rides.  Annelise can also tell you about living in Rothenburg during the war, but said the bombs falling on the city didn’t shake her house nearly as much as the storm they had in the 80’s.  If you had all day, Annelise would happily spend it with you showing you pictures and telling you her life story.  She’s probably my favourite thing about this town. 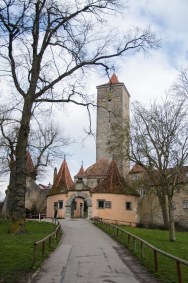 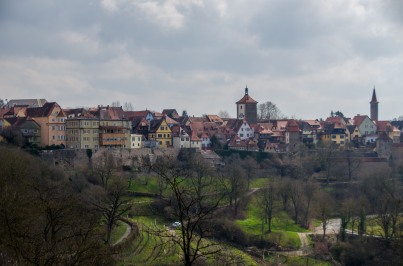 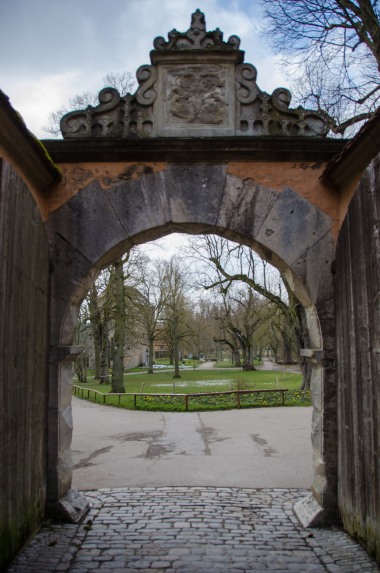 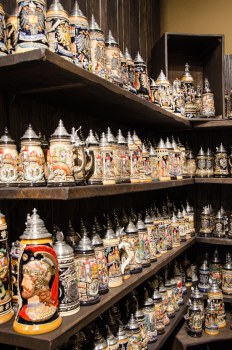 In the late afternoon our early risers had hit their limit.  After a short visit to the Medieval Crime and Punishment Museum,  they went back to the hotel where many took a nap, and a few of us walked to the local shopping centre (where a student of mine needed to buy pants that she forgot to pack).  We enjoyed the 15 minutes stroll outside of the town wall and our walk through the local German grocery store.  You can learn so much about a country from their grocery stores, and I find them one of the most fascinating and enjoyable things when I travel.  It’s the little differences – prices, products, customs – that are the most interesting.

And after our dinner we had one last event for the day – our town walk with the Night Watchman.  If you ask anyone who has been to Rothenburg, the Night Watchman is amazing.  He plays the role of a medieval watchman, while guiding tourists through the town and telling stories of his history.  We learned many things, including the significance of the wall, the role of the merchants, the home that the Pope stayed in, and the role of the Night Watchman.  Anyone visiting this town should definitly plan on this evening tour.  While our students loved it, and learned so much, it was a VERY cold and windy night.  I  could have used a wool coat, a second pair of pants, and warmer mittens.  But we didn’t let the crisp nights air prevent us from enjoying the experience. 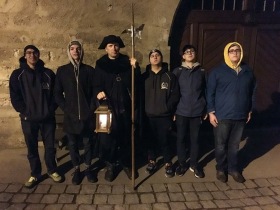 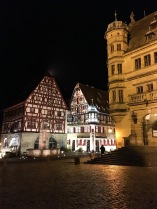 We returned to the hotel at 10:00 PM, exhausted and ready for another night’s sleep before departing this small town in the morning for more of the Romantic Road.  We easily could have spent more time here, but there is so much to see, and we wanted to show my students many of the other wonderful things Germany had to offer.  Until next time, Rothenburg!